I have put this up as part of a 2 part series, I  have created with two separate articles and videos and mixed in some from here and there that were relevant to this issue below.  It crosses issues from Junk DNA and spirituality, to the Sun, and what it does both as a functional object and spiritual object as it relates to our DNA,  and then, I have included some aspects of the proposed "Ascension" and whether that is real and what does it mean anyway?

The video discusses what Vatic Project has been saying all along.  We can change what is occurring, we just have to understand and believe..... Greg Braden wrote a very good book called "The Healing Power of Belief".   If you have not done so, please either use our search button or google "The Thunderbolts of the Gods".  Then reread and rewatch this again and see if you can grasp exactly just how powerful we are and why they have spent trillions hiding that fact from us while they taught themselves through their secret societies.... and why the evil ones are afraid of us.  This explains it all.  At least in part.  There is more and its why I am doing a part 2.


The reason I am doing this is because I cannot get the book of Enoch out of my head.  You saw the depth an breadth we went to to provide you with what we found in a 3 part series blog and it was beyond fascinating, it was downright educational.   Why was it taken out of the Bible after thousands of years within that book in the Old Testament?

What was it the church and the powers that be did not want us to know?  Why?  See?  Lots of questions and I am sharing with you the search for the answers.  I see these answers in several areas.... first is our DNA and consciousness... then to me its the cosmos, like our sun, is it a stargate?  Does it affect our DNA?  What role does the alignment play in our spirituality or consciousness, if any??

Then there is the ever present RH neg/pos blood factor.   Now I just heard about and discovered there are two types of RH neg,  the copper based and the iron based.  Oh great, another rabbit hole for me to explore.  lol   Well, enjoy the read so far.   More to come over the next 4 or 5 days mixed in with other rabbit holes I have been exploring.    In a way, this explains water witching, doesn't it? 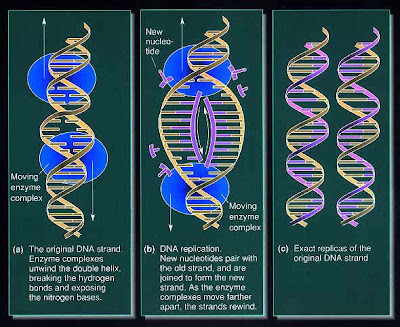 Recent discoveries in the nature of DNA have overthrown the idea that man is genetically fixed. The Human Genome Project has uncovered two interesting facts about human genes: a) man has 30,000 genes( only 300 more than a mouse) in the human DNA; b) only 10% of the human DNA is used for coding and reproduction of proteins; the rest –approximately 90%-- is known as junk DNA which scientists have considered garbled and redundant.

However, the Russian Branch of the Human Genome Project , headed by renowned Dr. Pjotr Garjajev, has uncovered the linguistic and psychic capabilities of junk DNA, ushering in a re-evaluation of the human gene in terms of words, wave genetics and a grammar of spirituality.

According to the findings of the Russian Scientists, the genetic code follows the same rules found in human languages. By modulating certain frequency sound patterns on a laser ray, they are able to influence DNA frequency and genetic information.

The most interesting aspect of their discovery is that simple words and phrases can work just as well as laser beams. Man can literally reprogram his genetic blueprint through words--which explains why affirmations and hypnosis can have powerful effects on mind and body. Healing with sound and words lies within man's power.  (VN:  That is why Mind  control work is so perverse.  It destroys our ability to reach our spiritual nature and expand it. Its also why the evil ones are doing so much genetic engineering with the human  genome, mixing it with plants and animals.   Now you know why ELF in the 90's  destoyed labs of monsanto's experiments and universities who were also doing the same thing for Monsanto. )

This discovery also points to the significance of sound frequencies and vibrations in the origin of human life and the possibility that creation was generated by waves of consciousness. The Phantom DNA effect is a case in point: the energy field of a DNA sample remains detectable by laser light even when the physical sample is removed.

At a fundamental level, man is pure energy. In Wave Genetics, the junk DNA functions at a rich infrastructure level of super codes and wave communication, realized in material form as crystalline structures—dynamic gene-holograms in liquid crystals of the chromosome continuum. (VN: Remember in our blog on the Pineal gland, it was the crystaline structure of the pineal that was changed with cell phones due to frequencies that were not good for our gland.  This sounds the same. )

What this model suggests is that the human gene is part of larger holograms (multiverse) of wave information reality. Hyper-communication, in the form of remote sensing, remote healing and telepathy, is definitely a part of the human protocol.

DNA Changes and the Grammar of Spirituality

Is it possible that the linguistic structures of the human genome point to a form of universal speech, a grammar of spirituality? William A Tiller in Psychoenergetic Science:  A Second Copernican-Scale Revolution (Walnut Creek, CA: Pavior Publishing, 2007) certainly thinks so.

Man, he explains, is composed of a personality body self and a “rich infrastructure ...in subtle bodies” that lead to ”greater human performance and expanded capabilities”(89). The purpose of life is building this infrastructure into a grammar of spirituality.

Michael Cremo in Human Devolution: a Vedic Alternative to Darwin's theory (Badger, CA: Torchlight Publishing, 2003) claims that man originated billions of years ago in waves of consciousness, but has “devolved” into an ego-driven modern counterpart , alienated from the group consciousness and spirituality of his ancestors.

The Russian Discoveries in DNA changes are timely; the whole world, it seems, is poised to recover a forgotten Linguistic Paradigm.